What is a Perimeter Drain?

A perimeter drain, French drain or weeping tile (also trench drain, filter drain, blind drain, rubble drain, rock drain, drain tile, land drain, French ditch, sub-surface drain, sub-soil drain or agricultural drain) is a trench filled with gravel or rock or containing a perforated pipe that redirects surface water and groundwater away from an area. A perimeter drain can have perforated hollow pipes along the bottom (see images) to quickly vent water that seeps down through the upper gravel or rock. 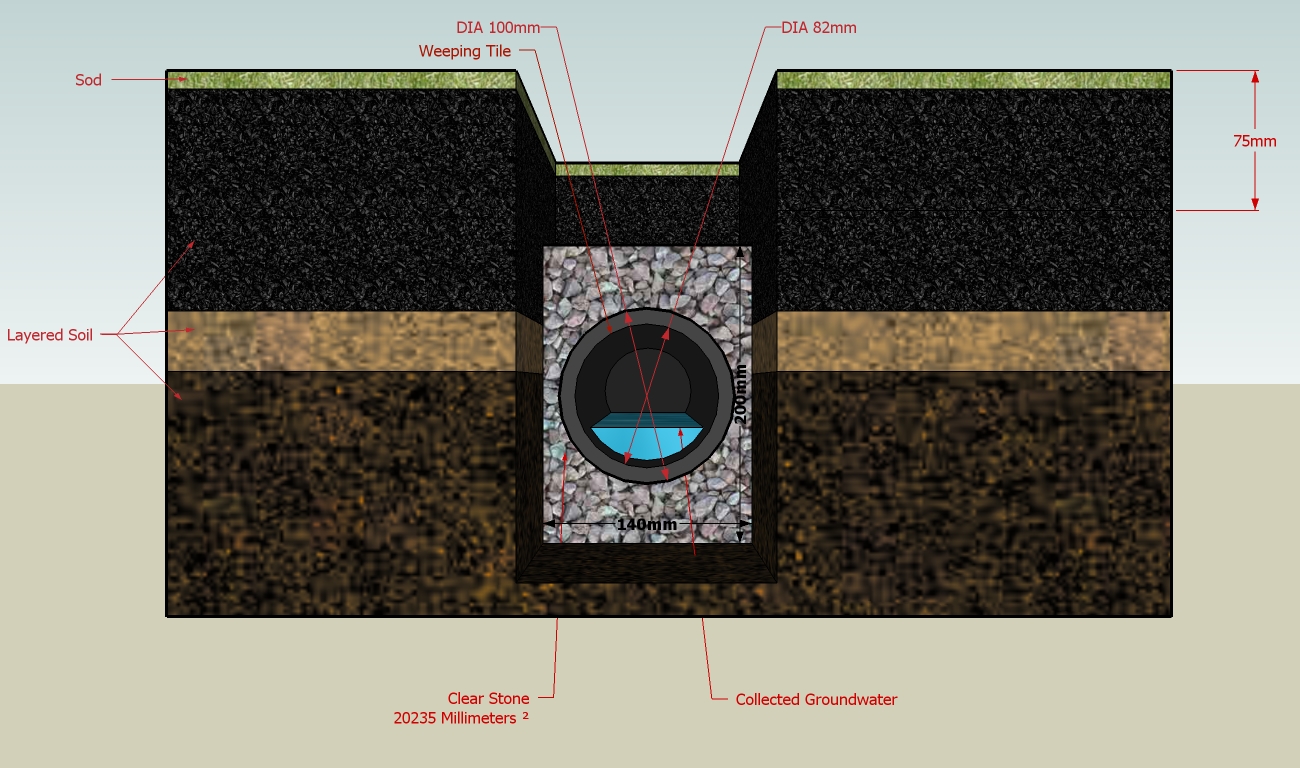 What is the purpose of a Perimeter Drain?

Perimeter drains are primarily used to prevent ground and surface water from penetrating or damaging building foundations and as an alternative to open ditches or storm sewers for streets and highways. Alternatively, perimeter drains may be used to distribute water, such as a septic drain field at the outlet of a typical septic tank sewage treatment system. perimeter drains are also used behind retaining walls to relieve ground water pressure.

Perimeter drains can lead to a downhill slope or to dry wells or rain gardens where the extra water is held and absorbed by plants. This is useful when city water systems or other wastewater areas cannot be used.

Perimeter drains have evolved significantly from their origins- starting off as a hand-dug ditch, moving on to ceramic tile, PVC pipe, and eventually to the new perimeter drain innovations on the market. Each new system is able to address weaknesses of the old as the perimeter drain continues to improve and evolve. For example, using tree bark chips to provide anti-microbial properties, an anti-microbial additive can now be included in the material of the plastic channel.

If you are looking for perimeter drain services, contact us and we’ll be happy to provide advice and support!